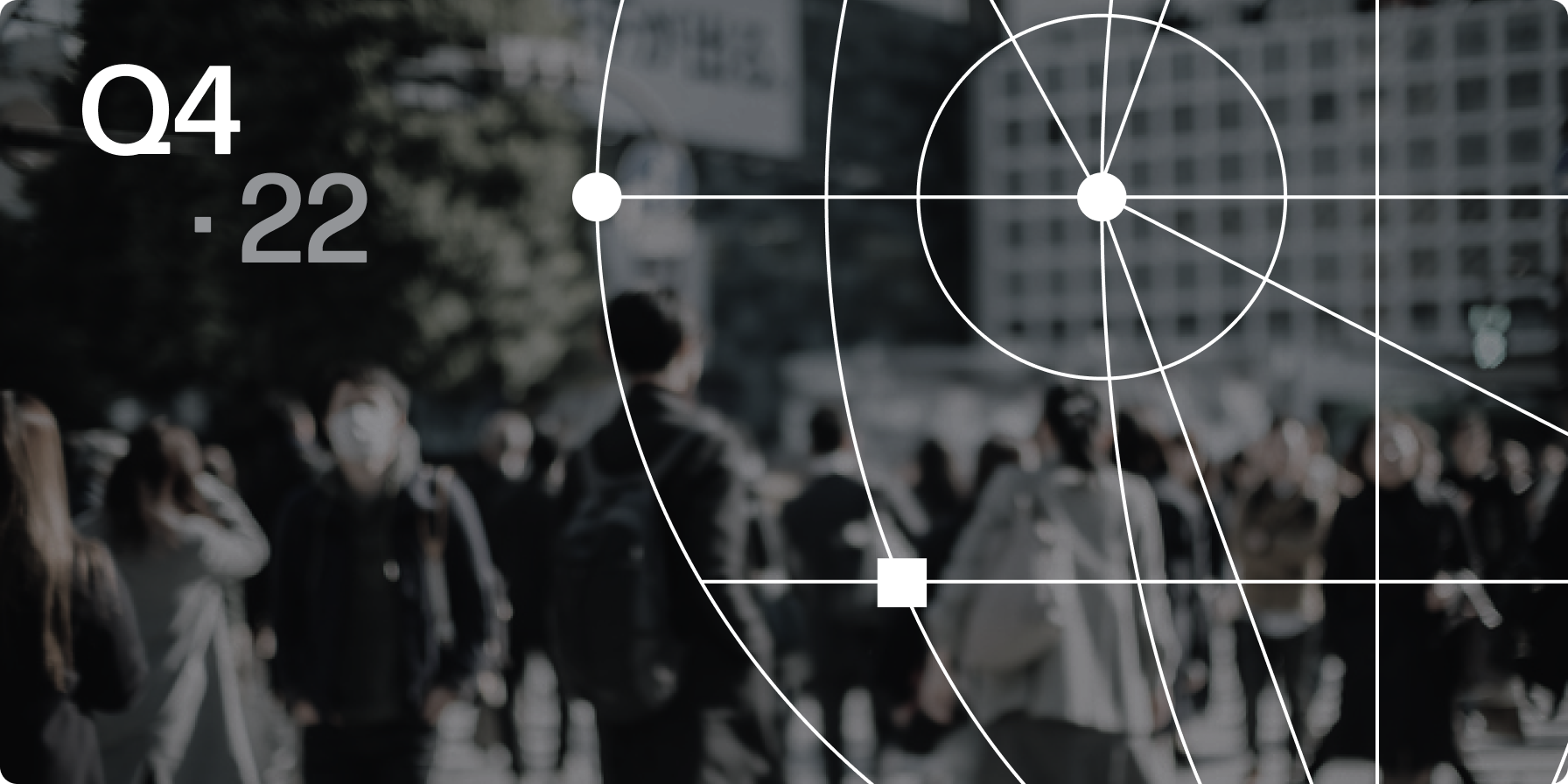 Venture capitalists invested more than $30bn into crypto and blockchain startups in 2022, nearly matching the $31bn invested in 2021. Most of the investment was made in the first half of the year, with macro and crypto market conditions leading to significant investment drawdowns in Q3 and Q4, with the last quarter seeing the lowest deal count and capital invested in 2 years. The share of capital and deals committed to later stage companies rose, while the share of pre-seed deals continued its multi-year downtrend. The Web3 category again accounted for the most deals, but companies building tools and platforms for Trading and Investment again raised the most money. In Q4, Crypto-focused VC venture firms themselves raised the smallest amount of capital since Q1 2021, although 2022 saw the largest amount ever raised by crypto VCs at more than $33bn.

2022 was the second largest year for crypto VC by both deal count and capital invested, coming in just shy of 2021, crypto VC’s biggest year ever.

Deal counts and capital invested were down every quarter after hitting an all-time high at nearly $13bn and almost 1100 deals in Q1 2022. Rising rates, deteriorating macroeconomic conditions, and tumult in asset markets combined to reduce investor risk appetite in the crypto sector. More money was invested in crypto startups in Q4 2018 than in Q4 2022.

The decline in allocation to the earliest deals is particularly evident when examining deal count by stage. Q4 2022 was the first quarter on record with more later stage deals than pre-seed deals.

Median deal sizes and valuations finished 2022 at the lowest levels since Q1 2021, continuing a downtrend witnessed throughout the year.

While crypto company valuations dropped in Q4, valuations across the broader VC market rose slightly, although deal sizes were down across the board.

Web3/NFT/DAO/Metaverse/Gaming (“Web3”) continued its deal count dominance in Q4 2022. 31% of all deals completed in Q4 2022 involved Web3 startups, the largest subsector. The Trading/Exchange/Investing/Lending (“Trading”) subsector held the second spot with 13% of deals.

By capital invested, though, Trading startups continued to command the most capital invested. Web3 deals are smaller and earlier stage than Trading deals, which demonstrates the nascency of the emerging subsector and narrative.

By Stage and Category

The earlier stage nature of Web3 investing is evident when we review deals by category and stage. More than 50% of deals in the Web3, Wallet, Privacy/Security, Compliance, and Mining categories involved pre-seed or seed stage companies. Conversely, 60% or more of deals done in the Trading and Data categories involved Series A or later stage companies.

The picture looks a little different when we examine by capital invested. Media/Communications/Education is the category whose investment is mostly comprised of early stage money, while Custody was almost entirely later stage money.

The US continues to dominate crypto VC, with more than 40% of all deals involving a US-headquartered startup.

Fundraising in the current macro environment has been difficult for all venture funds, as allocators rebalance and retract from risk investments. Declining cryptoasset prices along with turmoil in crypto market infrastructure has further compounded the drawdown. Q4 2022 saw the smallest amount of capital allocated to crypto VC funds since Q1 2021.

However, on an annualized basis, 2022 was still the biggest year for crypto VCs ever, with more than $33bn allocated to over 200 funds. This growth represents a significant increase from 2021, which saw $19.4bn raised across 140 venture funds.

Fund sizes continued to rise in 2022 after leaping forward in 2021. More than 200 funds raised in 2022 with an average fund size of more than $160m. Fundraises in the first half of 2022 were driven by 2021 narratives, with several prominent, large fundraises driving up the total, such as new raises from a16z, Hivemind, Ribbit Capital, and Haun Ventures.