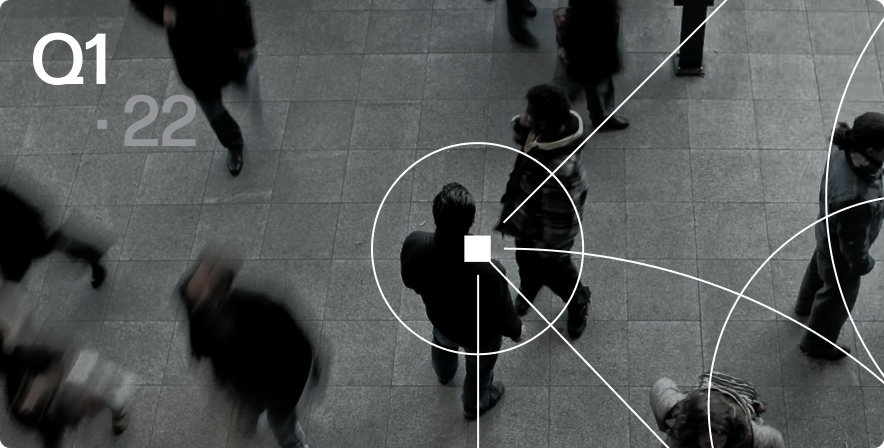 Venture funding for crypto and blockchain startups reached another new all-time high despite a drawdown in broader markets.

Despite a tumultuous macro environment punctuated by drawdowns in across traditional and cryptoasset markets, the amount of money invested in crypto and blockchain startups by venture capitalists continues to rise. After a reversion in Q4 2021 where more capital went to earlier stage deals, later stage deals accounted for most investment dollars, returning to a trend that held for most of 2020 and 2021. Demand from investors for inclusion into crypto and blockchain deals remains healthy while the number of Preseed deals continues to remain depressed. Competition for access to deals increase, with founders raising more on a median basis while selling less equity, leading to higher valuations.

Prior to 2020, venture investment in the crypto and blockchain ecosystem tended to follow digital asset prices closely, albeit on a slightly delayed basis. This dynamic is evident when reviewing the money invested against the price of Bitcoin in 2017 and 2019. However, while investment grew with the bitcoin price in 2020 and 2021, investment continued to grow during major bitcoin price drawdowns in Summer 2021 and in Q1 2022. This decoupling is demonstrative of investors’ disbelief that a prolonged bear market in digital assets is forthcoming as well as the significant amount of dry powder held by funds seeking to allocate to the sector.

The money invested by venture capitalists continues to grow to new highs, even while the total number of venture deals in crypto and blockchain companies is down slightly from last quarter.

Total deal count in Q1 2022 was slightly below the all-time high in Q4 2021, but nonetheless very robust. Nearly half of all deals went to Pre-seed, Seed, or Series A stage companies, reversing a trend seen in 2021 where later stage deals accounted for the largest share.

The recent rise in earlier stage deals is demonstrative of increased interest in the crypto and blockchain sector by entrepreneurs in the face of unprecedented market growth over the last 18 months. However, most of that rise was accounted for by Seed and Series A stage companies—these companies were previously Pre-Seed companies that launched in prior quarters. Indeed, Q1 2021 had the largest count of Pre-Seed deals of any quarter since Q1 2020, but that count continues to decline.

The share of deals at the earliest stage rose in Q1 2022 for the first time since we began tracking this data, though is more a function of slightly lower total deal count than a rise in pre-seed deals, as the number of investments in the earliest stage companies continues to decline on an absolute basis.

Later stage deals (Series B+) reached their largest share on record at more than 14%. This metric shows the growing maturity of the cryptocurrency ecosystem. There are simply more later stage companies operating in the crypto and blockchain sector today.

When comparing crypto and blockchain VC to the broader market, crypto deal sizes continue to rise dramatically while the median deal size for all venture deals in Q1 2022 declined for the first time since Q1 2020. Valuations in the crypto ecosystem also continued to outpace the broader VC landscape, an indication of the significant and growing competition to allocate to the sector.

Examining the breakdown in capital allocated by subsector shows the continued rise of Web3, NFT, Metaverse, and Gaming companies in the crypto and blockchain ecosystem, which have taken the largest share of raised funds for the first time.

Looking at deal count further highlights the rise of the Web3, NFT, DAO, Metaverse, and Gaming sectors, which accounted for more than 40% of all deals done in Q1 2022.

Examining the data from Q1 2022 leads to several takeaways on trends in the crypto and blockchain startup investment landscape: