Taking Stock of the Crypto Correction 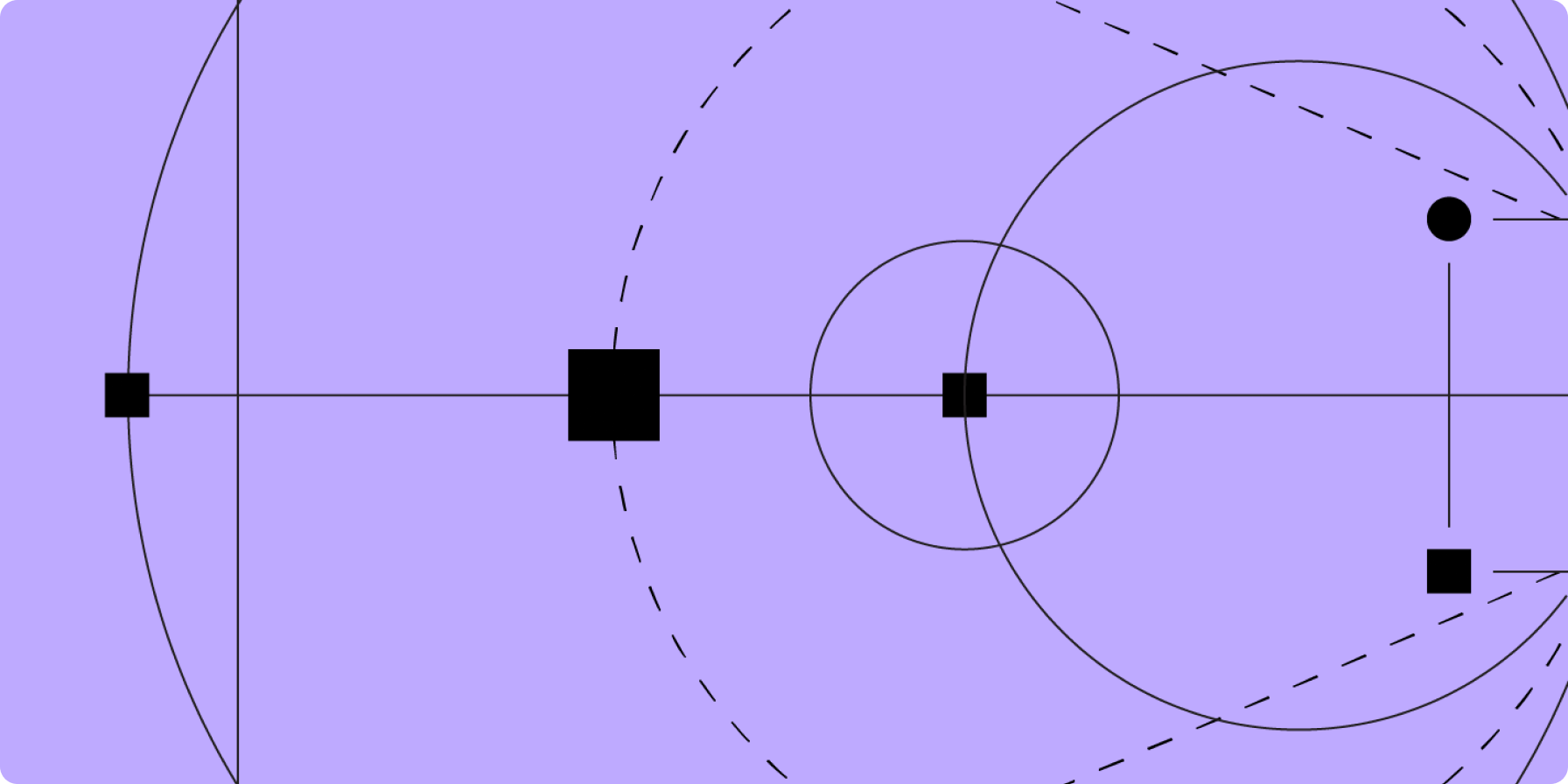 Following market-moving comments from Tesla CEO Elon Musk over the last week, BTC, ETH, and the broader cryptocurrency market began a slide that became a significant correction this week, with the ecosystem’s total market capitalization dropping as much as 42% before rebounding modestly by midday Wednesday.

Bitcoin rallied last year on the back of allocations by institutional investors who viewed its credible monetary policy as a differentiator to the monetary debasement enacted by central banks—Bitcoin as “digital gold.” The properties of Bitcoin supporting this thesis are unchanged. But the trade became crowded, and as bitcoin traded stagnant between $42k and $65k, many shifted their attention to ETH, which saw significant inflows and appreciation, rising 340% between March 1 and May 12. Following ETH’s rally, money cascaded into riskier assets like DeFi tokens, NFTs, and memecoins. Manias erupted and the market became overheated. This is a pattern we’ve seen in crypto markets before: bitcoin leads the way, Ethereum follows, “alt season” erupts after Ethereum’s rise spawning tons of overvalued fringe coins, and a correction ensues. A pullback under these conditions is not unexpected.

While a correction was due, several recent catalysts seemed to spark the decline:

Leading up to the correction, the total market capitalization of the cryptocurrency asset class hit an all-time high of more than $2.5tn on Wednesday, May 12. That evening, Tesla CEO Elon Musk made an about-face on his company’s use of BTC for payments, sparking a selloff that accelerated into the weekend and has continued through this week.

Price Action. Since last Wednesday, the total crypto market capitalization is down 42% to $1.4tn. Bitcoin and Ether were down 30-40% from their May 12 highs intraday Wednesday morning, with other coins dropping significantly more.

Drawdown from All-Time High. Bitcoin closed the day Wednesday down 42.5% from its all-time high, a larger pullback than any during the 2016-2017 bull market. Bitcoin has since bounced more than 33% from its bottom at $30k to the low $40k range.

Volatility. Of course, Bitcoin is a historically volatile asset. Despite the significant correction, Wednesday wasn’t the most volatile day this year for Bitcoin, let alone in its history.

Exchange Flows. Wednesday saw the largest BTC net inflows to exchanges perhaps in bitcoin’s history, according to data from Glassnode.

Consequently, BTC balances on exchanges rose significantly, reversing a trend of net declines that has been a hallmark characteristic of the current market cycle.

Short term holders sell at a loss. The spent output profit ratio (SOPR), which is calculated by dividing the realized value (in USD) of coins by their value (in USD) when they previously moved, printed significantly below 1, showing selling at aggregate losses. The implication is that Wednesday saw shorter term holders panic-sell at a loss, while long-term holders with a better entry price continued to hold.

Despite the sudden drop in price, about 75% of the on-chain supply remained in profit, with the price on May 19 remaining higher than the price at which these coins last moved.

Long term holders accumulating. Galaxy saw net buying on our trading desk throughout the day yesterday, particularly through the volatile morning. On-chain, coins continue to age with no signs that older coins are capitulating. The percentage of coins that haven’t moved in 3+ years continues to increase, showing that even those who accumulated during the prior bear market continue to hold.

Derivatives. While the drawdown appears to have initially been driven by spot sales rather than leverage unwinding, liquidations picked up as prices declined. A look at change in futures open interest shows a significant decrease in leverage in both ether and bitcoin over the course of the sell-off on May 19.

In the context of the last year, the liquidity crunch looks even more dramatic. The unprecedented drop took place in the midst of a broader decline in open interest, but was accelerated by the spike in volatility.

Several forces likely attributed to the underperformance of ether vs. bitcoin on the 19—including an extended period of outperformance in the weeks leading up to the sell-off—and the greater leverage in ether as a percent of market cap, and subsequent greater decline in leverage as a percent of market cap, may also have played a role. Perpetual swaps funding offers an interesting narrative. Bitcoin perp funding rates hovered close to 0.0% heading into the sell-off beginning on May 12. Low funding rates alongside the large outstanding leverage in the market (evidenced by futures open interest and subsequent decline in open interest during the sell-off) suggest that market participants were levered both long and short. This notion resonates with a relatively sanguine market in the 50k range, as well as a continued rise of institutions entering the space and monetizing the spot-futures basis. Notably, perp funding rates plummeted to extremely negative territory on May 19 as the market capitulated, the most negative levels observed outside of March 2020.

Elon Musk, CEO of Tesla and SpaceX, tweeted at 6:06 pm ET Wednesday that “Tesla has suspended vehicle purchases using Bitcoin” saying “we are concerned about rapidly increasing use of fossil fuels for Bitcoin mining and transactions, especially coal, which has the worst emissions of any fuel.” Musk clarified that “Tesla will not be selling any Bitcoin,” but that they are also “looking at other cryptocurrencies that use <1% of Bitcoin’s energy/transaction.” The announcement roiled crypto markets, sending Bitcoin down 16% from $54,792 to $46,000 within an hour of the Tweet. The rest of the crypto market suffered a similar fate, with ETH dropping 16% from $4234 to $3550. ETHBTC hit an all-time high at 0.08 shortly after Musk’s tweet, then dropped back to the 0.074 before recovering into the 0.076 range early Friday.

The announcement confounded many observers given several contradictions and inaccuracies.

Musk tweeted erratically throughout the weekend, further fueling crypto market volatility with contradictions, personal attacks, and statements revealing his lack of understanding of blockchain technology. He implied that Tesla had already sold its bitcoin, then backtracked, later claiming Tesla had “diamond hands” as markets dropped. He attacked MicroStrategy CEO, Michael Saylor. And he suggested upgrades to Dogecoin that are technically unfeasible, causing cryptocurrency experts to mock his lack of fundamental understanding of blockchain technology.

A timeline of some of Musk’s most notable Tweets from the last week is overlayed on the Bitcoin price below.

Bitcoin. By all counts, the bitcoin ecosystem is increasingly active. The space has matured substantially since the previous bull run of 2017: tooling, technology, and accessibility have all improved dramatically.

Stablecoins. The growing use of stablecoins proves public blockchains are phenomenally efficient and reliable technology for transferring fiat currency worldwide. The data shows all-time highs in circulation, ownership, usage, and velocity. Facebook is set to launch its Diem project in partnership with Silvergate Bank, which will further grow the stablecoin ecosystem. We continue to see interest in stablecoins across various applications including traditional finance, card payment settlement, and cross-border remittance.

Corrections are common in crypto, and there’s no circuit breaker or lender of last resort to step in and save the day when markets are volatile. Rates won’t be artificially suppressed, and no additional BTC will be printed to inject liquidity into the system. The long-term value proposition of decentralized, public blockchains remains strong, and the fact that corrections can occur and markets can rebound on their own shows the power of a truly free market in a still-volatile asset class.

We’re still early in the crypto adoption story. The principles of decentralization, self-sovereignty, and trust-minimization continue to inspire. These principles are powered by one of the most revolutionary technological innovations in human history and buoyed by monetary debasement, major demographic shifts, and declining institutional trust. Public blockchains represent one of the most revolutionary innovations in human history, and there’s no putting the cat back in the bag. Disruptive innovation is disruptive—it’s bumpy. And sometimes it feels like a rollercoaster.