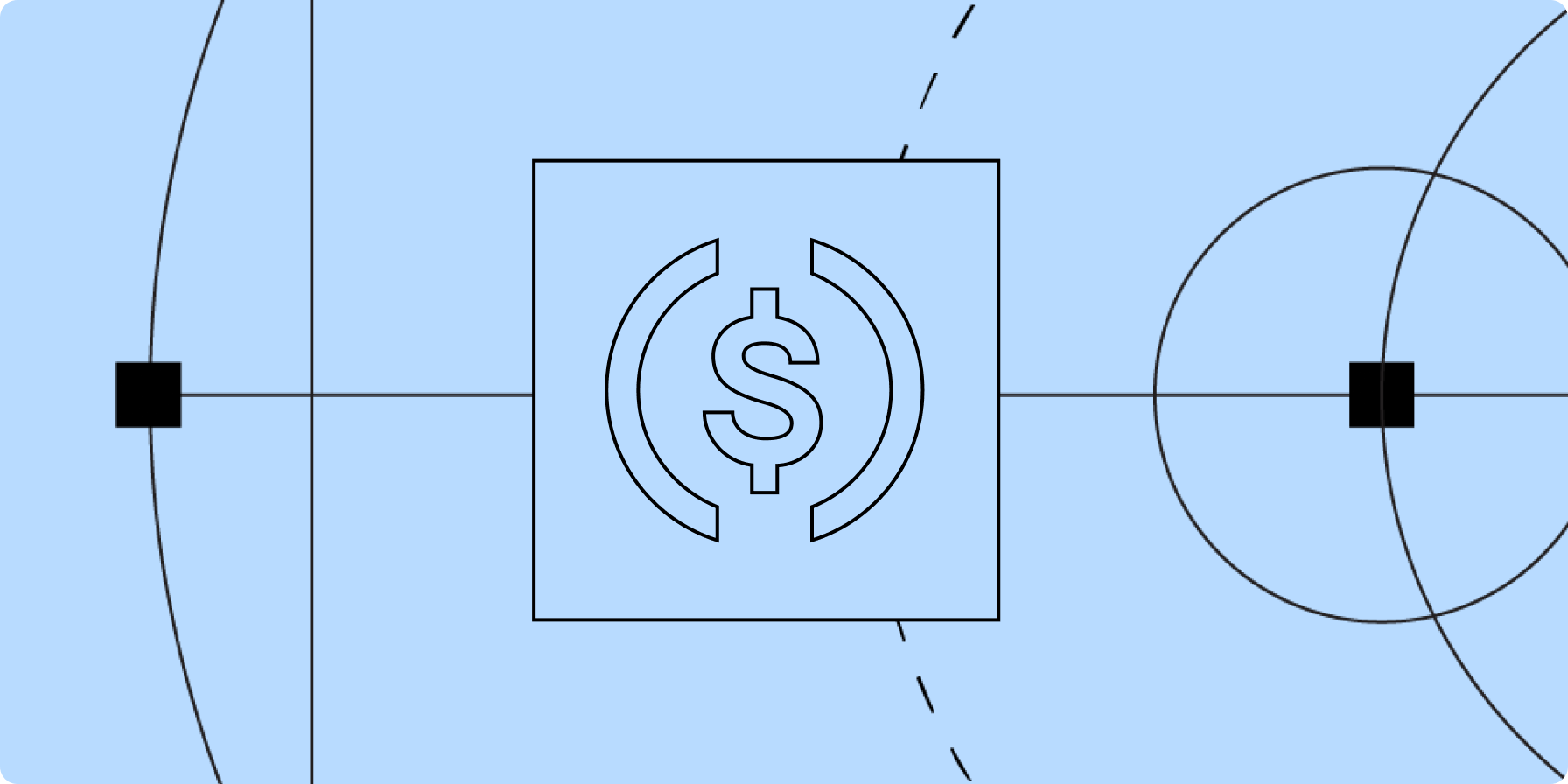 The report outlines several risks posed by stablecoins as identified by the Presidential Working Group on Financial Markets:

In a seeming acknowledgment that stablecoins do represent something new and cannot be effectively overseen by existing regulatory authority, the PWG calls for Congress to “act promptly to ensure that payment stablecoins are subject to appropriate federal prudential oversight on a consistent and comprehensive basis. Specifically, and importantly, the report calls for “stablecoin issuance, and related activities of redemption and maintenance of reserve assets, to [to be limited to] entities that are insured depository institutions.” Essentially, the PWG is calling for legislation to limit stablecoin issuance to banks, or at least a new type of institution that looks a lot like a bank. Notably, the report does not automatically classify stablecoins as “securities” as prior reporting suggested it would.

Aside from crypto native firms, the desire to see stablecoin issuance become solely the purview of insured depository institutions seems to favor traditional incumbent banks, should they decide to enter the space. While these institutions mostly lack the technical expertise of their crypto-native competitors, they have experience participating in the regulated banking industry.

Custodians in the Crosshairs

The report also suggests that “custodial wallet providers” come under regulation due to “the central role that custodial wallet providers play within a stablecoin arrangement.” Here PWG apparently refers to companies that facilitate the storage and transfer of stablecoins by users, which could include retail exchanges like Coinbase as well as institutional providers like Fireblocks. How threshold schemes and multi-signature setups, in which the provider cannot unilaterally affect the transfer of stablecoins, would be covered by such a designation is not clear, as the term “custodial” is not wholly defined. It’s possible that legislation may rely on the definition of a VASP as promulgated by FATF, which we wrote about in a report last week.

The PWG suggests that, in the event Congress does not act, existing regulatory agencies and the Financial Stability Oversight Council (FSOC) could step in. Essentially, in the absence of comprehensive legislation, the PWG argues that circumstances may force the federal government to act using existing authority. If FSOC, which was created in the wake of the 2008 financial crises, were to designate stablecoin issuers as “systemically important,” regulators would be granted additional powers to step in. This could serve as a catalyst for legislative action but, given the extensive list of priorities before Congress—including the bipartisan infrastructure bill and the larger social spending package, which have been debated for months and still both appear far from agreement—it seems unlikely that Congress will act in a manner timely enough to address the urgency expressed by the PWG.

A CBDC By Any Other Name

Fed Chairman Jerome Powell has stated that, in creating a central bank digital currency (CBDC), the Fed would not seek to undermine the “two-tiered banking system,” meaning that a US CBDC is unlikely to result in the disintermediation of commercial banks. Officials at the Federal Reserve have also suggested they may need new legislative authority to launch any CBDC. Meanwhile, SEC Chairman Gary Gensler has called on Congress to grant the regulatory agency specific authority to regulate cryptocurrency exchanges. And the OCC, prior to the start of the Biden Administration, had begun issuing bank charters to crypto custodians and issued guidance to its covered banking institutions clarifying that they could operate public blockchain nodes and participate in public blockchain networks.

Taken together, and adding the PWG recommendations, a picture of a privately issued, distinctly American digital dollar comes into focus: commercial banks, whether crypto-native or traditional, operating in concert with regulated custodians and distributors, could issue stablecoins if they are sufficiently overseen by existing regulators of insured depository institutions, such as the Fed, FDIC, OCC, and state banking regulators.

This arrangement starts to look a lot like a central bank issued digital currency, mediated by commercial banks much the same way traditional dollars are created and distributed today. This seems much more palatable to incumbents and crypto challengers alike, not to mention privacy advocates, than a centrally managed surveillance honeypot like China’s digital yuan. We are still waiting to see the Boston Fed’s long-awaited report on stablecoins based on its work with MIT’s Digital Currency Initiative, but given the Fed’s involvement with the PWG, our guess is that their suggestion won’t stray too far from the framework outlined here.

It’s more likely than ever that, once Congress resolves its current spending impasses, we will see a push for crypto regulatory legislation. The PWG’s report on stablecoins only adds tailwinds to momentum that’s been building since Gary Gensler took helm of the SEC last Spring. We expect that traditional banking incumbents will lead the charge here, seeking to insulate themselves from challenges by upstart crypto companies. But even in the case that traditional banks do lobby for such a clarifying regulatory regime, several crypto-native firms are much too big to be sidelined by the resulting red tape. Indeed, several are already well positioned to operate stablecoins in a regulated environment.

If we do see a comprehensive regulatory regime take hold, we’re likely also to see a bifurcation of the stablecoin markets, with US-regulated stablecoins on one side and offshore stablecoins and those issued in a decentralized manner on-chain on the other. While the PWG report does provide and exposition of the importance of stablecoins to the DeFi ecosystem, decentralized stablecoins like DAI are only briefly mentioned. Whether the enactment of a comprehensive stablecoin regulatory regime would be accompanied by a prohibition on the use of algorithmic stablecoins remains to be seen, but typically these frameworks come with enforcement of those who exist outside them.

Meanwhile, the report also identifies custodial wallets for additional regulation. Their inclusion here adds fuel to the fire that SEC Chairman Gary Gensler has been stoking for several months, albeit mostly for different reasons (he has mostly focused on the addressability of securities laws to digital assets). The PWG report would seem to help coalesce a desire for crypto exchange regulation into a more pointed demand.

The risks identified and recommendations proposed regarding stablecoins by the Presidential Working Group on Financial Markets (PWG) is well-reasoned and not outside the expectations of crypto market participants. Requiring stablecoin issuers to become FDIC-insured would bring significant transparency and user protections and bring the nascent industry into conformity with existing and familiar rules governing banks. Users would be more protected in the event of a “run” on the stablecoin issuer, have more confidence in the solvency and operational procedures of stablecoin issuers, and bring comfort to skeptics of the technology.

For issuers, the FDIC capital requirements may even mean that reserves may not be required to be 100% backed by cash and cash equivalents, presenting an opportunity for them to invest in higher yielding alternatives, in contrast to recent moves by Circle and Paxos to commit their reserves entirely to the least risky assets. But the current process for crypto companies to obtain banking charters has been lengthy, burdensome, and subject to significant policy changes between presidential administrations. To date, the process has favored existing banking incumbents, though none have chosen to issue a stablecoin.

The maturation of the crypto ecosystem both demands and benefits from additional regulation. The PWG report makes no comment on natively issued digital assets like Bitcoin and Ethereum, but instead focuses on the transmutation of analog dollars into digitally issued stablecoins, and rightly so. There’s no doubt that public blockchains bring major benefits over current systems for transferring value of all types, though, which the PWG acknowledges. Codifying the use of public blockchains for moving greenbacks will bring this crypto infrastructure to the fore and having stronger assurances about dollars that exist on-chain can only benefit the growth of the ecosystem.