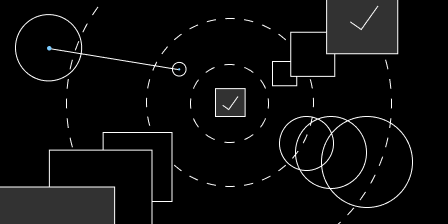 Trust within crypto is at an all-time low. The alleged misdeeds of Sam Bankman-Fried and the gross mismanagement of other firms have created an urgent need for action and introspection. So far, we’ve mostly seen a denouncement of crypto’s centralized firms, while some have held up decentralized finance as the only viable way to save the industry.

Both must work together if we are ever going to realize crypto’s potential as a decentralized replacement for the global financial system. We need coexistence—but not without change and a radical commitment to transparency.

After all, the sad irony is that Satoshi Nakamoto created crypto in response to the wounds of the Great Financial Crisis. As millions lost their homes and jobs in 2008, governments spent billions of dollars to bail out a broken, debt-laden financial system. That response sowed widespread distrust against Wall Street and Washington alike. One person or persons, Satoshi Nakamoto, sought relief through innovation and proposed creating an electronic cash system that eliminated trust from monetary networks known as bitcoin. It has become the cornerstone for a technology many would see as a way to rewire the global financial system.

Getting there was never going to be easy.

In the early days of bitcoin, people either mined it themselves or arranged a trade with someone else, usually on a forum. Trading bitcoin was difficult and sometimes risky, giving rise to centralized firms and exchanges that promulgated the money and investing side of crypto. There, even less sophisticated users and investors could buy, trade, and borrow against cryptocurrencies similar to how investors trade stocks, bonds, and other assets. Centralized firms are the driving force behind much of the industry’s investment growth and adoption over the last decade; without them, crypto would be smaller and less developed.

At the same time, developers have sought to create a broader ecosystem that hewed more closely to Satoshi’s vision. This is the tech side of crypto, and they’re building decentralized applications that cut out the middlemen in all sorts of functions, many of which are in finance. At the heart of decentralized finance, or DeFi, is the efficient exchange of activity and value without the need for toll-takers or centralized entities.

The goal for all crypto supporters since the very beginning has been to create a truly decentralized economy that’s inclusive and egalitarian. Galaxy and the other centralized crypto firms were always meant to bridge the old economy and the new. Eventually, the world will run on chain. But we’re not there yet. Until then some centralization is healthy and necessary for a properly functioning market, just as it is for the building and maintenance of roads, plumbing, and powerlines.

Centralized crypto needs just as much work. The apparent misdeeds of SBF and the bankruptcies of FTX, Three Arrows Capital, Voyager, Celsius, and BlockFi are clear signs that all centralized firms must submit to greater transparency, accountability, and oversight. Galaxy, for example, is publicly traded in Canada, produces financial statements audited by KPMG, and adheres to the rules and regulations of nearly 30 different state, federal, and international regulatory bodies. Our structure is an intentional acknowledgment of the new economic paradigm we seek to build.

When FTX blew up, we immediately disclosed that we had $76.8 million in exposure. We have a duty to our shareholders to be transparent about our performance and balance sheet and a duty to be good stewards of capital. There are no exceptions to this. But the truth is the lack of clear regulatory frameworks in the U.S. has pushed companies offshore and encouraged opacity, laying the groundwork for the conditions the industry has faced this year.

Crypto hasn’t failed us. People and poor processes failed us, just as they did in 2008. The technology is sound. The vision for crypto hasn’t changed and remains powerful. We urge both sides of the industry to implement greater transparency and governance and work toward the common goal of growing the crypto economy responsibly. Similarly, we call on all investors and participants in this space to ask the hard questions, from whether centralized firms have a proper board and if reputable firms are auditing financial statements to who is auditing the code and securing the underlying infrastructure for DeFi protocols.

That's the only way we rebuild trust and honor Satoshi's vision of building a new economic paradigm.

As a public company, we welcome you to explore our governance, operational and risk controls as we build infrastructure for the long term.